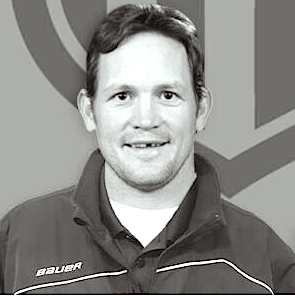 Former NHL player Matt Cooke brings an undeniable passion for giving back and mentoring athletes to his role as Managing Member for Won For All. A tenacious player and fan favourite, the Canadian-born Cooke won the Stanley Cup with the Pittsburgh Penguins during the 2008–09 NHL season and won gold with Team Canada at the 2004 World Championships.

Matt played over 1,000 NHL games, scoring 167 goals and winning the Stanley Cup in an NHL career that spanned 16 seasons, a remarkable achievement for a sixth-round draft pick, having been drafted 144th overall by the Vancouver Canucks in the 1997 NHL Entry Draft.

Six years removed his last NHL game, Matt has successfully transitioned life after in-ice competition. He is an entrepreneurial Co-Owner of Perfect World Hockey, Director of Operations and Head of Hockey at Total Package Hockey, and a high school ice hockey coach in Minnesota.

During his playing career, Cooke and his wife Michelle ran a foundation called The Cooke Family Foundation of Hope. This foundation was set up to help bring hope, inspiration, empowerment, and dignity back to families that were struggling, aiming to help anyone who needs it; children and adults from all walks of life.