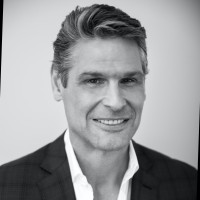 Stu Grimson joins Won For All as an Advisor, Attorney, Analyst, Author and Athlete.

The former NHL player of 14 years serves as a Corporate Counsel at a Luxury Travel Club – ThirdHome, as well as a General Counsel to the American Collegiate Hockey Association.   Additionally, he is also a real estate investor.

Stu remains connected to the game he loves as a Senior Colour TV Analyst at the NHL Network. He is the recent author of The Grim Reaper; The Life and Career of a Reluctant Warrior.

In addition, Stu is a New Business Development Consultant, serving as a liaison between the NHL, teams and arena executives at Mobilitie.  The University of Memphis Law School graduate also spent two years as an Attorney at the NHL Players’ Association, in the role of Labour Counsel.